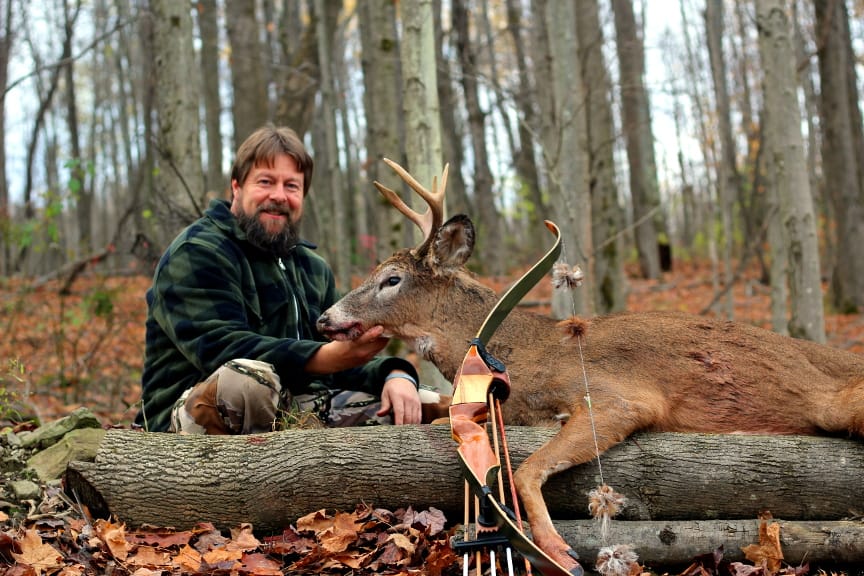 These days, with the resurgence of metal risers, the growth of ILF, and nearly ubiquitous use of carbon arrows, we see a lot of discussions (and downright arguments) about what defines traditional archery. For my first official post here at LifeCycle Gear, I’ve chosen an excerpt from my book, “A Traditional Bowhunter’s Path” to tell you a little about what traditional bowhunting means to me.

I often wonder what the average person sees in their mind’s eye when they picture a traditional bowhunter. Do they see the great archery innovator Fred Bear grinning at them from under his trademark Borsalino hat? Or, maybe it’s that do-gooder Robin Hood stealing from the rich and giving to the poor. What about the chiseled Howard Hill with his signature back quiver and American style longbow? Possibly it’s the always impeccably dressed duo of Saxton Pope and Art Young. For many, it’s likely not someone of European descent at all, but rather a Comanche shooting a stubby ash flatbow from beneath the neck of galloping “paint.” Or perhaps it’s a crouching Seneca sighting down his dogwood arrow at a tom turkey strutting in a stand of sun-dappled hemlocks. Or, it’s just as likely that many people don’t picture any of these images because they don’t have a perspective to distinguish traditional bowhunting from any other sort of hunting.

For an entire human generation, from the early-1970s through the mid-1990s, traditional archery was in a very deep slumber and on the verge of disappearing all together. The decline and near extinction of traditionalists was brought on by the rapid growth and popularity of the compound bow, which took over the archery industry after being introduced in the early 1970s. The term traditional archery was coined to refer to archery methods practiced before the compound bow came into wide use. Today, traditional bowhunting is enjoying a strong resurgence that is being fueled by Americans wishing to return to a simpler, less gadget filled life that reconnects them with something “real.” As evidence of this, one needn’t look any further than the local food and back-to-the-land movements, the proliferation of do-it-yourself websites, and the popularity of everything retro. I think it is a combination of these motivations that is causing people of all stripes, including large numbers of young, urban “hipster hunters,” to seek out traditional bowhunting. So, what is traditional archery today and what does it mean to hunt in a traditional way?

Most would agree that traditional bowhunting involves the use of vertically held bows, such as longbows or recurves, that use a single string and offer no mechanical aids, like pulleys or levers for drawing the bow. Beyond that; however, the use of equipment alone to define what it means to be a traditional bowhunter becomes ineffective at best.

I once ran into an old bowhunter on a Wildlife Management Area in northeast Oklahoma. His weathered cheeks held deep, curving creases like the lines on a hickory nut and his knotted old knuckles bespoke of hard work and pain. I guessed that he was in his eighth decade, but he could have just as easily been a weathered 60. One thing was for sure, he had been at the game of bowhunting for a very long time. He wore a felt hat, plaid wool shirt, and had a leather back quiver full of carbon arrows slung over his shoulder. In his left hand rode a Bear Kodiak recurve with a single sight pin protruding from the riser. By contrast, I was carrying a handmade osage selfbow fitted with a bow quiver, containing three neatly made ash arrows, and I wore a head-to-toe outfit of modern camouflage. Who was the traditional bowhunter? Despite the fact that his bowhunting life predated the compound bow, did this old bowhunter’s sight pin and carbon arrows disqualify him from being traditional? What about my unorthodox use of a bow quiver on a selfbow or my fancy camo duds? As you can see, any strict definition based only on equipment or shooting style is bound to fail.

Resisting certain gear and technologies in favor of maintaining the traditional way plays a substantial role in what it means to be a traditional bowhunter. It’s a ridiculous notion to suggest that we, as traditionalists, should reject all innovations. That would surely drive us to stagnation and eventual extinction. For example, carrying a cell phone when hunting alone is common sense, not a rebuke of tradition. The state of being new is not the problem in and of itself, or at least it shouldn’t be. A thing that is new only becomes bad if it somehow cheapens the hunt or defies the basic ideology of what it means to be a traditional bowhunter. So why do traditional bowhunters cling to old ways when there are certainly more effective ways to put meat in the freezer? I think it’s in our DNA to revel in the past and challenge ourselves to meet the world as our ancestors did.

Adoption of extreme technology in place of practiced, skill only layers an ever-thickening barrier between hunters, the natural world, and the ritual spirit of hunting. When we allow our time-honored skills as archers and woodsmen to be replaced by commercial gadgets designed and hocked to make our enterprise quick and easy, we become disengaged intruders on otherwise wild places. Where we once walked shoulder to shoulder with other predators, we now rumble in, take what we want without preparation or skill, and rumble out. For validation of this, you needn’t look any further than most commercial hunting shows on television.

If maintaining the primal customs of bowhunting satisfies our busy brains, it’s certainly the thrill of traditional bowhunting that likewise rocks our hearts. A hallmark of traditional bowhunting that sets it apart from nearly all other forms of hunting is the need to get very close to our quarry. Some hunters choose to challenge themselves by limiting their interests to trophy animals. Traditional bowhunters achieve this challenge by limiting technology, which means it’s not about how far you can shoot—it’s about how close you can get! This requires tremendous woodsmanship, patience, a steely nerve, and a deep knowledge of wildlife ecology and behavior. You haven’t hunted until you’ve been near enough to see the liquid of a doe’s eye or smell the meaty presence of a bear.

Having Traditional Spirit means doing things the honorable way, which is often the hard way, even when easier, but less noble options are available. It means treating wildlife, fellow hunters, and non-hunters with respect. The Traditional Spirit is more than just an ethic, it’s a way of being that cannot be summed up by simply adhering to a code. It’s about honing our craft as woodsmen and immersing ourselves in the ebb and flow the natural world.

There are many problems associated with mainstream hunting today, but I’m happy to say that I see the traditional bowhunting community as part of the solution, not the problem. In Part II of this post, I’ll address some of the challenges that hunting faces, but for now, the point I want to make is that traditional bowhunters, through their high standards, have a chance to make a real difference in the pursuit of conservation and protection of our hunting heritage. 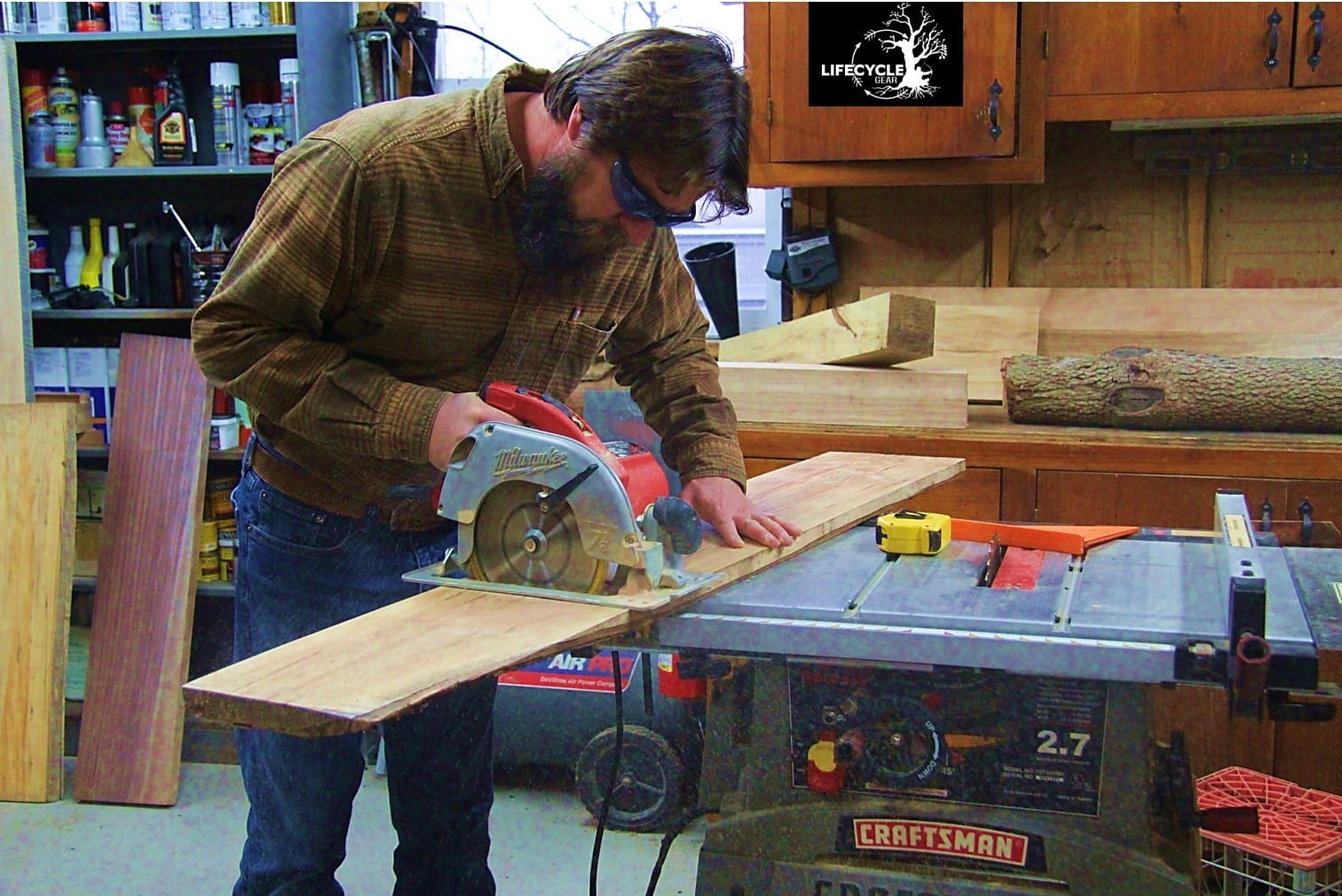 Hi everyone and THANK YOU for visiting LifeCycle Gear! We know that you have many places to shop for tackle and learn about traditional archery, so we genuinely appreciate your interest in our products!

LifeCycle Gear was born from my strong passion for hunting, traditional archery, and conservation. For many years, I have been blending these topics in my writing and seminars, but I was always dismayed that there wasn’t a company selling top-shelf, sustainably produced hunting gear.

It’s our mission to provide the hunting and outdoor communities with great service and top-quality products made from ecologically sustainable materials; while promoting strategies and organizations that protect wild places, safeguard our hunting heritage, and continue the hunter-conservationist legacy.

Our gear starts with the highest-quality, sustainable materials and ends with us completing the circle by giving back to hunting and conservation. In fact, we chose the name LifeCycle to denote the natural circle of life represented in our products.

We use sustainably derived natural resources from our forests and fields in crafting hunting gear that brings wild organic food to our tables, permitting us to complete the cycle by engaging in land conservation to restore those resources.

We welcome you to engage with us in our collective hunting life cycle by sharing your thoughts and stories through our comments section, social media pages, and by purchasing our gear.

I plan to use the LifeCycle Blog to talk about hunting and conservation topics, and to share with you product development, as we seek out native hardwoods, sustainably raised bison, and wildlife-friendly textiles.